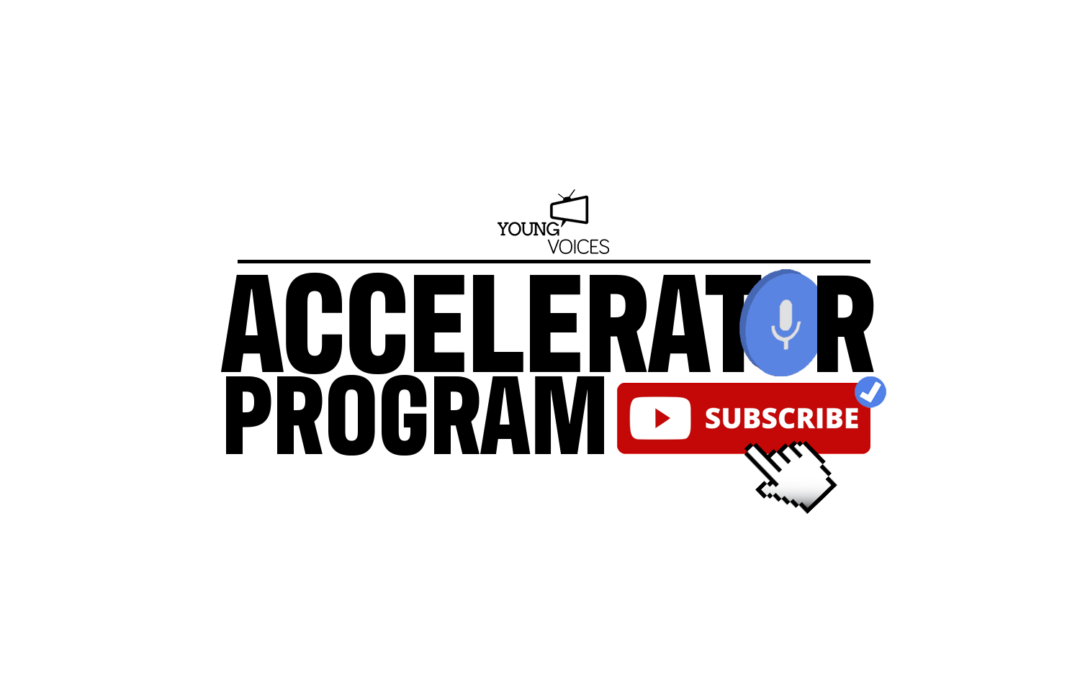 The Young Voices Accelerator Program seeks to elevate a new generation of talented content creators and give them the tools they need to spread their content as far as possible. Over a six month period, participants are engulfed in an immersive experience designed to expose them to everything they need to know to take their programming to the next level.

In January, Young Voices onboarded a new class of *seven* Accelerator participants for spring 2022! Since then, they have been hard at work developing their shows and forming a plan for long term success, and will continue to do so until their class concludes in June. Here is a little sneak peak behind the scenes of what they are working on:

Trevor Klein – Free to Think: Trevor is building a video series focused on the decline in freedom of speech and thought on campuses.

Jessica Kramer – Jessica Kramer (YouTube):Jessica is planning to use her YouTube channel for conversational podcast style episodes full of hot takes and rants pertaining to living in a neoliberal/postliberal society and how that harms the millennial generation in particular.

Fabio Fernandes – Freedom to Choose: Fabio’s show is the first program in Portuguese dedicated to consumer freedom. Each week features new video episodes on the hottest topics affecting consumers.Donald Kimball – Cringe Posts Pod: Donald and his co-host Britt host a program where they gather the cringiest political and cultural takes in your feed and break down where they went wrong.

Ryan Smith – Political Perspectives: Ryan’s podcast is dedicated to showcasing the varied political perspectives of America. He interviews individuals from all sides of the political spectrum and seeks to cultivate civil conversations.

Zachary Yost – The Republic of Ezo: Named after a short lived Samurai Republic in Japan, Zachary’s podcast aims to establish a similar refuge for a routed and minority view in today’s political landscape, blending together tradition with liberal change.

Daniel Di Martino – Seeking Freedom: Daniel is building a monthly solutions-focused video show that exhibits what a positive and pro freedom conservative movement can look like in the 21st century.

The Accelerator Program has an exciting future ahead of itself!