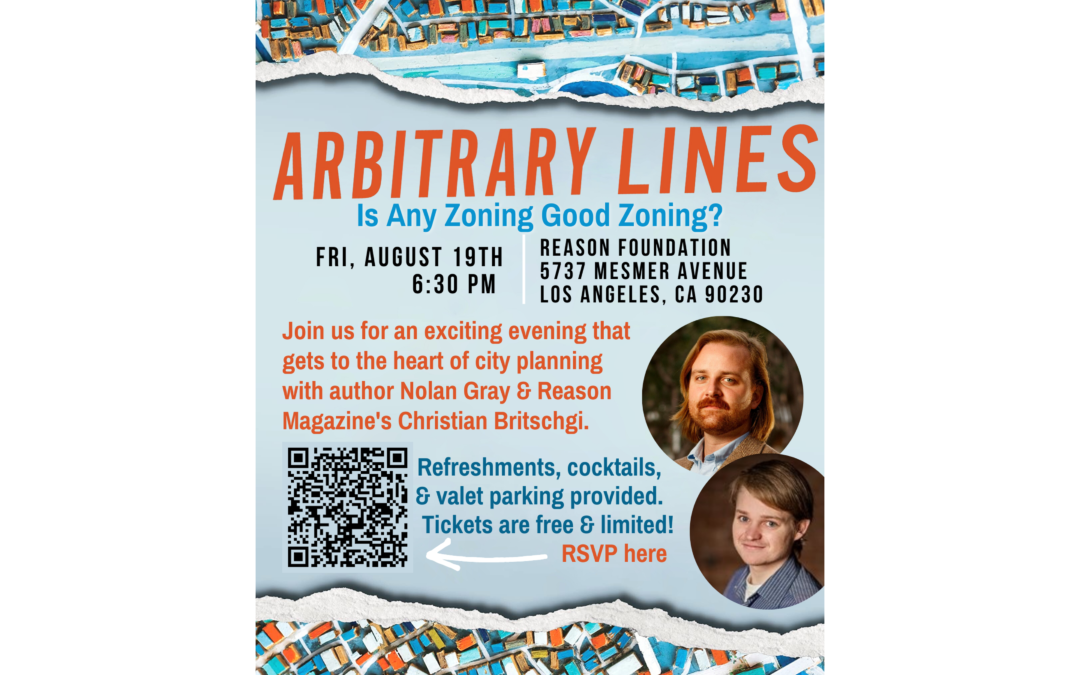 LA is a zoning nightmare and Angelenos are increasingly getting priced out of this beautiful city. Does it have to be this way? Spoiler: No.

American cities everywhere are feeling the pain of poor land use, and Los Angeles is getting the brunt of it. Housing prices are sky high and folks are fleeing the state just to find a place to live. But this is a problem with a solution.

Join Young Voices and America’s Future for an exciting evening that gets to the heart of city planning. On August 19th at Reason Foundation in LA, Nolan Gray, author of the newly-released book Arbitrary Lines, will be in conversation with Reason Magazine’s Christian Britschgi on how to change things around for California’s residents.

Refreshments and cocktails will be provided. Valet parking, too, will be available. Tickets are limited, so get yours fast!

Nolan Gray is the research director for California YIMBY. Gray earned a Master of City and Regional Planning degree at Rutgers University and received BAs in philosophy and political science from the University of Kentucky. He was a Research Fellow in the Urbanity Project at the Mercatus Center at George Mason University. His research focuses on land-use regulation, housing affordability, and urban design.

Christian Britschgi is an associate editor at Reason, where he writes about housing, transportation, and urban policy. After graduating from Portland State University with a degree in political science, Britschgi eventually made his way into the world of journalism. Now, his reporting focuses on the failures of government micromanagement of land use as well as the ongoing effort to reform America’s zoning codes.

Britschgi’s work can be found in outlets throughout the nation, including The American Conservative, The College Fix, The Lens, Watchdog.org, The Orange County Register, The Daily News, The New York Post, and Jacobite.