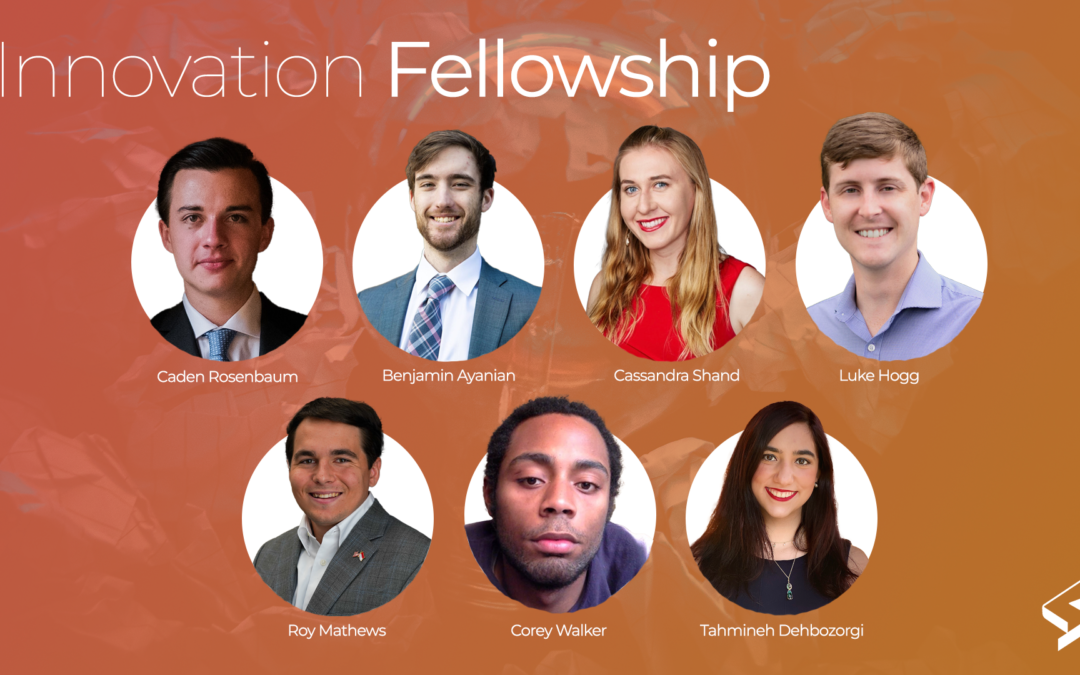 Young Voices is launching a six month Innovation Fellowship. We have selected seven writers from our network to participate in the fellowship, running from January-June 2023.

The Innovation Fellowship will focus on the tech hardware that is shaping the future of society. The three subject areas of the fellowship will be telecommunications, space, and permissionless innovation. How these fields develop is an often overlooked story that needs telling. Thoughtful analysis on these issues enriches the public discourse and can help put us on the path to limitless innovation.

We will be hosting the fellows at an educational in-person Innovation Summit held in DC on Thursday, February 16th, 2023. At the summit, Fellows will have the chance to meet tech experts, learn from them, and ask questions.

See bios for our fellows below. We can’t wait to see what they accomplish during this fellowship!

Tahmineh Dehbozorgi: Tahmineh graduated from UCLA with Honors majoring in Political Science, focusing on International Relations and American Politics. She began her political career as a California State Chair at Young Americans for Liberty. Her writings have been published in Washington Examiner and Campus Reform. Her areas of expertise include foreign policy, national security, higher education, and elections.

Tahmineh won Young Americans for Liberty Activist of the Year award in 2018 and the UCLA Chancellor’s Service Award in 2020.

Luke Hogg: Luke Hogg was born and raised in West Texas before attending The College of William and Mary where he earned his Bachelor’s degree with honors in government and data science. After graduating, he began working as a policy analyst at FreedomWorks where he educated grassroots activists and wrote extensively on a broad range of topics. While at FreedomWorks, Luke discovered a passion for policy issues related to technology and innovation. Following this passion, Luke then went to work for Lincoln Network – a tech-focused think tank – where he continues to work on the intersection of emerging technologies and public policy.

Caden Rosenbaum: Caden is the tech and innovation policy analyst at the Libertas Institute based in Lehi, UT. Caden has worked in DC tech policy for the past four years, publishing multiple articles, op-eds, regulatory comments, and policy briefs along the way. Caden’s primary areas of expertise are content moderation, data privacy, and drone regulation. Recently, Caden expanded his research areas to include the gig economy, regulatory sandboxes, and blockchain. A graduate of American University Washington College of Law, Caden is barred in the District of Columbia.

Corey Walker: Corey Walker hails from the south side of Chicago. However, he has attended some of the most prestigious universities in the country. His experience with the failing education system in Chicago has lead him to see schools as an engine for inequality.

Although Corey does not believe public policy can solve all of the issues of our cities, it can play a major role in transforming them.

Benjamin Ayanian: Benjamin Ayanian is a senior at the University of Minnesota studying philosophy, business law, and political science. Active in the political discussion on campus, Benjamin is the founder and president of the Constitution and Capitalism Club at his university. He has been published in the Star Tribune and the Wall Street Journal.

Roy Mathews: Roy Mathews is a recent graduate of Bates College where he majored in History and Politics. He is currently a Public Policy Associate at the Alliance for Innovation and Infrastructure (Aii) in Washington D.C. He has previously interned at The Heritage Foundation, The Charles Koch Institute, the American Enterprise Institute, and received the Bastiat Scholarship from the Cato Institute. Additionally, Roy interned for Senator Tim Scott (R-SC) and was a member of Senator Susan Collins’ (R-ME) successful re-election campaign. When not writing about policy, Roy enjoys reading, exercising, and practicing his ballroom dancing.